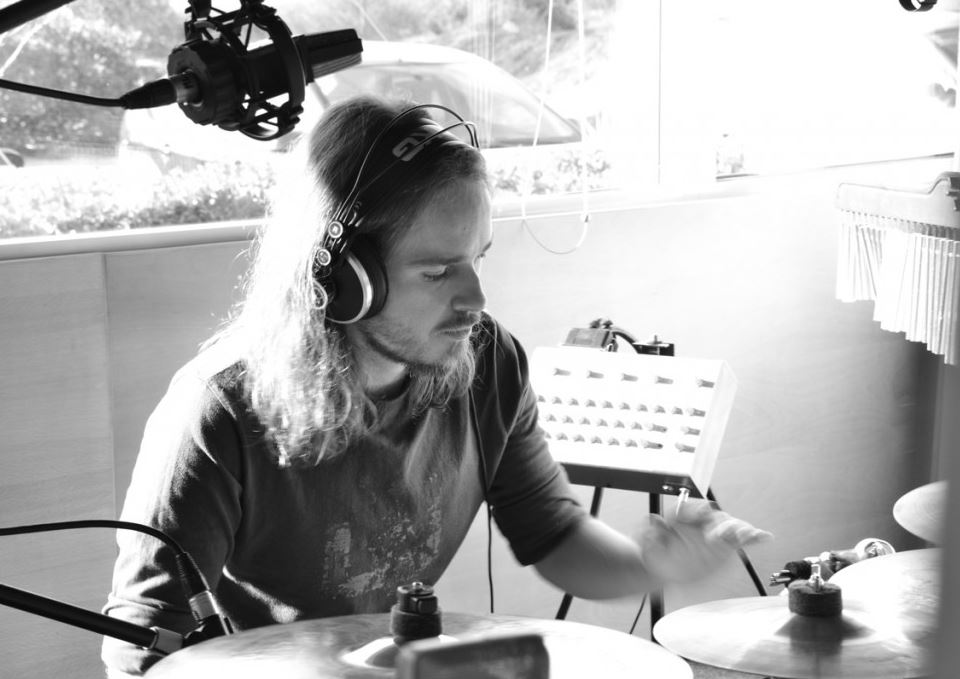 Begins his music studies at Alqueria de la Comtessa Musical Association in the Valencia province (Spain), focusing in symphonic percussion. Later on, he finishes his mid level studies at the Josep Climent Conservatory of the Oliva municipality. During this period he plays as a percussionist in several bands, and also as a teacher of symphonic percussion in different music schools.

In 2004 he moves to Barcelona in order to study Cuban percussion with renowned musician Miguel “Angá” Díaz, and enters subsequently at the Superior Conservatory of Liceo in the pursue of a bachelors degree in modern percussion, where he earns his degree in 2009 alternating a year in Cuba at the Instituto Superior de Artes de la Habana in the course of 2007-2008. In Cuba he complemented his studies with professors Yaroldy Abreu Robles and Dreiser Durruthy Bombalé. In the later years his interest in flamenco music has made him study with César Morena Arrébola.

Throughout all this time he also participated in performances as symphonic band percussionist or as a soloist but when he arrived in Barcelona thats when he started to have a more personal view and taste as a percussionist performer. He also taught in Escuela Municipal de Música de Ametlla del Vallès and started to tour with bands as Cálida orchestra, QB2 group or Yakaré. Up until recent times he has had the opportunity to share stage and work with musicians like: Childo Tomás, Omar Sosa, Camut Band tap dance company, Leila, Peyoti for President, Tazzuff, César Moreno, María José Gonzalez dance flamenco company, Bloque 53, Juan “El Indio” Díaz, Jove Orchestra Athenea of Girona, LaRumbé, Essoka Project next to Bárbara Luna, Ensemble de les Illes Balears, Trafalgar 13, Ekilatrio, Óscar Antolí…

With such renowned artist he has played locally and abroad also having the opportunity to record. His work as a composer can be heard in recent recordings such as Peyoti for President’s last EP and the last work of Tazzuff, among others. Recently he decided to create his own independent record label Sowing Sounds.