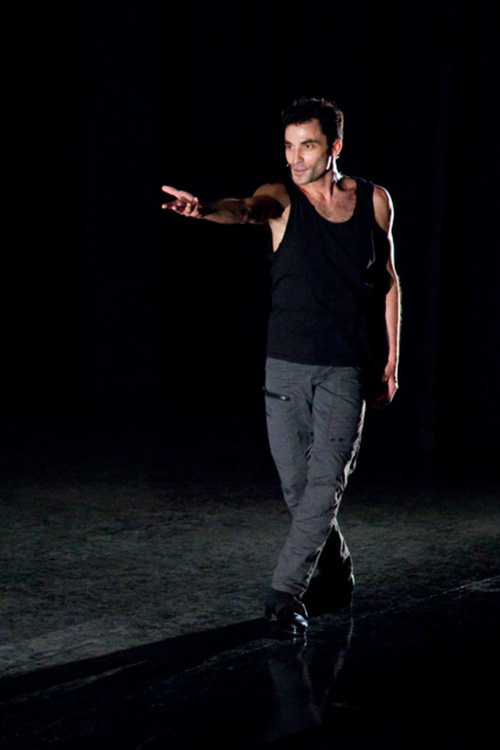 Leading and sought out Tap artist born in Tel Aviv and currently residing in Barcelona, acclaimed internationally and known to be groundbreaking for introducing a unique and innovative style of Tap dance choreography and pedagogy.

Since 1998 he has been traveling the globe, teaching and performing in different professional platforms in countries such as: Israel, Spain, France, Germany, US, Russia and South Africa.

In 2001, he entered Camut Band for which he moved to Barcelona and with whom he continues to dance and create to this day. His collaboration with this pioneering Spanish Tap dance and percussion company in full length programs such as “La Vida es Ritmo”, “Big Drums”, “Camut Aniversari”, “Africa Camut Barcelona”, “Sonoritats” & “Moments Camut” lead to extensive national and international touring.

In 2002 he founded Sharon Lavi Company (previous TAPEPLAS) in which along the years he created, directed and produced works such as: “BoomBach”, “MONKEYS”, “KexevKezev”, “EPIC”, “FRAGMENTS”, & “SlideShow”. At the same time, he has been an educational driving force in different centers of reference in Barcelona (El Timbal, TAPEPLAS, Escola Luthier & Coco Comin). Within these schools he trained various generations of Tap dancers and had an important contribution in creating formation trends that have turned Barcelona into a well-considered European Tap Dance capital.

His versatile and contemporary body of work has received international critical praise, has been yearly given official Spanish grants since 2006, and won numerous prizes. Recent awards include Best Choreography within the Spanish 2017 PTMs for “Moustache, The Rhythm Musical” directed by Coco Comin.